Warning Signs of a Blocked Drain

Home » Our News » Warning Signs of a Blocked Drain

Posted on November 2, 2017 in Building Maintenance

A sewer line clog might be unseen, but it can cause extensive damage inside a property.

The average property owner probably knows that sewer lines help transport waste water from the property to underground sewer mains. Beyond that, most property owners give little thought to their sewer lines until they have some type of clog.

Property owners who understand and respond to their property’s early warning system can stave off severe sewer and plumbing issues.

It may take a while for a blockage to build up and become completely apparent, but once a problem has started to take its toll it will be obvious very quickly. Keep an eye – and ear, and nose – out for these symptoms, and don’t hesitate to take action.

One of the most obvious signs that a drain is blocked is if your toilet, shower, bath or sinks are draining slowly. If a blockage is particularly bad, water may not drain away at all. If just one of these things is having issues, then the blockage is likely in the fixture itself. However, if all of them are backed up, then the blockage is most likely to be in the sewer drain.

The toilet is often the main driver for a blockage – if flushing the toilet causes water to rise in the shower, or running taps causes the water in the toilet to rise, then you’ve got a blocked drain on your hands. Essentially, if any water-based appliances are causing water to appear elsewhere when used, there’s a problem. Don’t forget to check external drains and manhole covers (from the outside – you should never go inside manholes) on your property – if there’s a blockage, water will start to rise here too.

The most unpleasant symptom of all – foul smells are a dead giveaway for a blocked drain. If something has blocked the drain and begun to rot, you will certainly know about it. The bad smell may well begin to occur before any visual symptoms emerge, so if you start to catch whiffs of something being a little bit off then don’t ignore it.

Finally, if your pipes and fixtures sound different to usual, it could be an indication of a blockage. Gurgling noises from drains, plug holes, toilet flushes and pipes are early warning signs – the sound is created when air trapped in the pipes by the blockage is displaced and pushed up through the system.

Any one of these symptoms on their own is cause for concern, but if you’re noticing two – or even all three – then you may well have a plumbing emergency on your hands.

If you think there is a blockage or if your property has been flooded, Please call us on 0845 604 1288 and one of our team will be here to help.

« Join Our Amazing Garden Team Does your block of flats need decorating? » 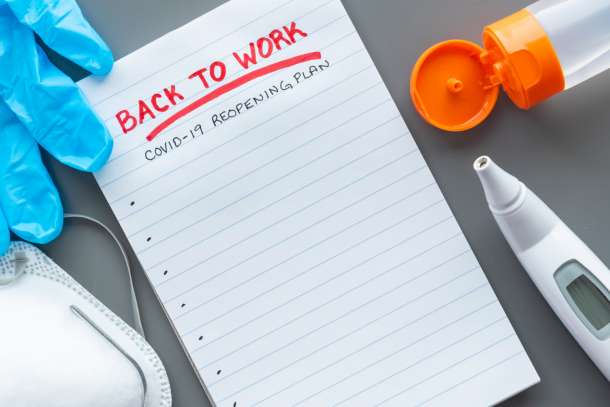 Back to Work Safely Checklist

Please complete below for a copy of our Checklist:

Great. Your Checklist will be with you soon.